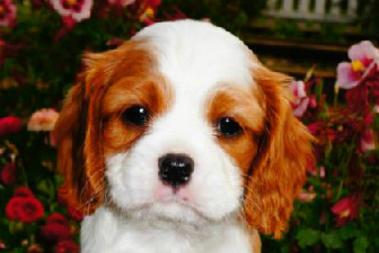 I  have been breeding this very special breed for almost 17 years now.  Originally on Long Island, NY and now located in Hilton Head, SC.  I am proud to say that I have made many families very happy with their loved ones, with being a special member of their family.  Please send an email if you would like to inquire.    I breed very limited  because I pay much attention to the sire and dam to be sure that their health,  body and mind is perfectly sound to produce the best quality puppies I can.
With the popularity of this breed growing so fast, it is of utmost importance to find a Cavalier from a reputable breeder that is breeding these dogs to preserve the integrity of the breed and nothing more.

You can also find me on Facebook under Fiddlers Green Cavaliers

Quoted from Wikipedia regarding the breed:

Divergence from King Charles Spaniel in 1926, the American Roswell Eldridge offered a dog show class prize of twenty-five pounds each as a prize for the best male and females of "Blenheim Spaniels of the old type, as shown in pictures of Charles II of England's time, long face, no stop, flat skull, not inclined to be domed, with spot in centre of skull."[6] The breeders of the era were appalled, although several entered what they considered to be sub-par King Charles Spaniels in the competition. Eldridge died before seeing his plan come to fruition, but several breeders believed in what he said and in 1928 the first Cavalier club was formed.[6] The first standard was created, based on a dog named "Ann's Son" owned by Mostyn Walker,[7] and the Kennel Club recognised the variety as "King Charles Spaniels, Cavalier type" 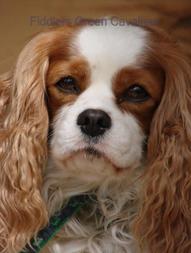 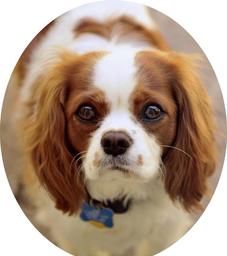 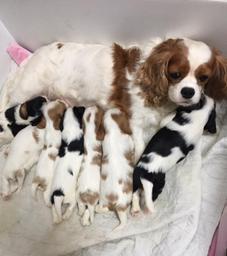 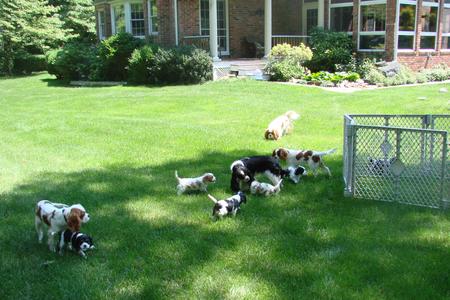 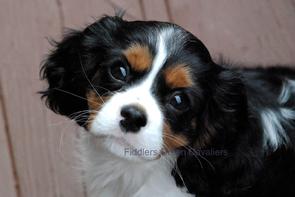 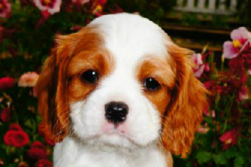